All doctors turned down the crestfallen mother. She had begged doctors from every nook and cranny of their city but to no avail. These factors only made Madeleine’s mind more adamant that someone from the Gotham City’s authorities or even GCPD was supposed to help them in their predicament.

However, with lawlessness and poverty running rampant in Gotham City, Madeleine saw that the police could do little. Still, the fazed emotions fed the tiny thought, which was starting to occupy more space in the young sister’s mind. Knowing her mother’s skill in technology and her commitment to her work, Madeleine was sure that it was only poverty that hampered the doctors from taking Cameron’s case and, at the least, try and save him.

The young boy had grown weaker and paler with each passing second. The pain in his joints was like a thousand sharp needles that were laying a strong foundation underneath his skin. The center of all the piercing pain was his elbow joint. It ate on the energy that was left in the boy’s soul and nourished itself to grow into an infection that was slowly claiming his entire body.

Cameron writhed under his pain. Just a look at him brought tears to Madeleine’s eyes and she wondered how he even tolerated the pain long enough to take some shallow breathes. But his agony continued unabated. Only a few days ago, a doctor had agreed to take Cameron in and look after him while studying the infection.

The man with salt and pepper hair and a sharp jaw bone covered in black beard had a warm light in his eyes. His style was welcoming and friendly and he was the only source of hope that Madeleine held on too. But, tonight was different. Madeleine could sense it in her mother’s angry strides. She was normally never so thoughtless so as to drag her little daughter and march her down to the doctor’s clinic in a bitter cold night.

But if the breathlessness meant seeing her brother, then Madeleine was ready for it. She braced herself for his screams as they entered the doctor’s facility. Once inside, Madeleine’s mom let go of her hand and stormed into the doctor’s office. Silence enshrouded the place that was barely lit except for with an oil lamp that sat beside the table Madeleine knew to be the place where her brother usually rested.

But there were no screams from his end. Slowly, Madeleine braved herself to inch close to the table. She found a body but before her thoughts clicked into place that it was Cameron’s dead body, she was greeted by her mother’s scream. His eyes were vacant with a look of dread that last twisted his features stagnant on his face.

The screams continued, now joined in by the doctors. There was a fight, Madeleine was sure about it but she couldn’t move her frozen muscles, as she held her dead brother’s cold hand, wishing him to smile at her one last time.

By now, the screams made it clear that her mother had realized that the doctor had only agreed to take in Cameron for the small sum of money that his mother could afford to pay as fees. Meanwhile, he fed Cameron with nothing more than glucose water. Madeleine shook with the anger that was quickly burning her veins. People were heartless and lawless. And Madeleine swore to fix that one day, either by hook or by crook. 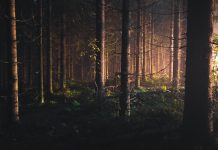 A Retelling of Tarzan and Jane Part III 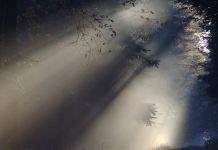 A Retelling of Tarzan and Jane Part I 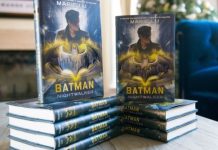