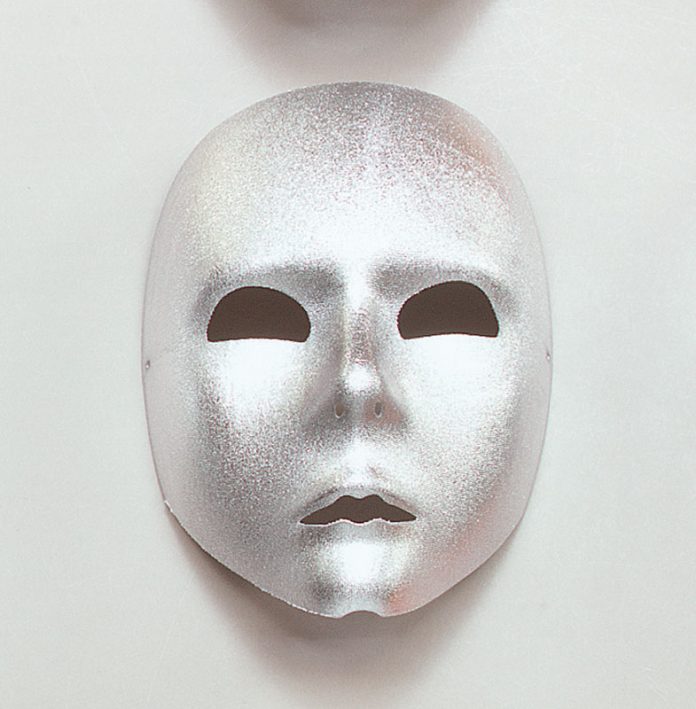 Daniel felt pressed down onto the floor. There was no force holding him there, only his own fear. He heard it again.

“Why did you leave me, Daniel?” said the voice. “I thought you loved me, Daniel”.

Each time the voice spoke his name, Daniel felt like a shard of ice was piercing its way to the center of his heart. “Why won’t you leave?!” he screamed. Shouting took all of the energy he had left after two days of drinking but not eating. He felt a red wave of pain pound his head as he continued to remember.

Daniel stumbled into his apartment and collapsed into his favorite chair. Comfortable though it was, he felt no solace while enveloped in it. Where could it have possibly gone? That damned mask had to be cursed. Daniel felt like he was going crazy. He probably would have believed it if so many people didn’t confirm that what was happening was real.

He began to doze off, but minutes into this comfortable process he awoke with a start.

“Who’s there?” he said, trying to sound loud and aggressive but his voice coming out meek and hoarse. He had heard something, but he couldn’t be sure of it. What if his mind was playing tricks on him? But no, he could definitely hear something out of the ordinary.

He looked around, wary, unsure of what it was he was even hearing. Until finally he realized what that subtle, sinister sound actually was: it was the sound of someone breathing.

The breathing had an almost preternatural quality to it. It sounded rough, like the sound of skin on sandpaper. Slowly but surely, the breathing was becoming louder. Daniel could feel the hair on the back of his neck stand on end.

As the seconds passed, the breathing began to change. It slowly morphed until one exhale turned into speech.

“I,” said Daniel, staggering back and collapsing into his chair again. “I… I…”

Daniel felt like he had been struck dumb. The voice did not sound human at all. It did not have any of the characteristics of human speech. No discernible accent, none of the inflections created by an imperfect human mouth, none of the warmth that humans naturally lean towards when speaking to each other.

“I asked you a question, fleshling,” said the voice.

Suddenly, the fear left Daniel. After all, this was obviously coming from the mask. And this showed that he was firmly in supernatural territory. The boundary between what was real and what was fantasy no longer existed. What was the worst that could even happen? Death? An end to the torment of the past few days. Pain? Misery? All of them real, tangible things. If there was one thing Daniel craved, it was any anchor to reality.