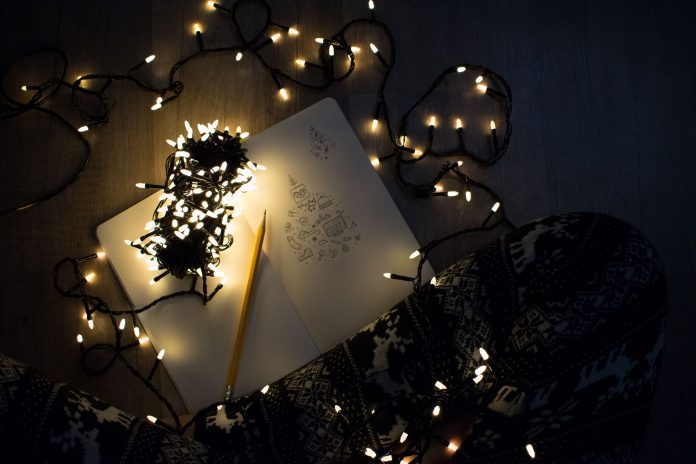 Melissa has huge gray eyes that pop a little bit when she looks at something with concentration or when she’s surprised. The gray in her irises is a muddy one, like unclear waters that hide a lot of things in their depth. She has a small nose and thin, pink lips paired her mesmerizing eyes. Usually, Melissa has hair falling into her eyes but today, she holds it in place with a hairpin; she has been doing that a lot lately.

I tell her about the new website that is working to dig out some promising results as treatment for people like me, the ones who can’t differentiate between what’s real and what’s not. But the night has fallen and we both know what’s to come; voices. Lots of voices that won’t let me go to sleep.

It has been like this for quite some time now. I don’t complain much. I just follow my sister’s lead. She takes my hand in her small hands with trimmed nails and leads me to my paints. The clock strikes 2 in the morning and we both sit by a large chart paper. She braces herself beside me with a book by her side.

I know that she intends to give me her undivided attention but while I sketch, she reads a few pages. That’s how our routines unfold every night. The hallucinations are all just too vivid. At some point, I lose hold of the thin thread of reality and slip into what my mind shows. In times like those, I am at the mercy of my brain, wishing it does not show me anything horrible or morbid.

I really don’t have a stomach for that, which is why I mostly end up in a puddle of my own vomit and sweat. For the time being, it’s fine. I follow Melissa’s lead and instead of giving in to these very realist-unrealistic characters of my life, I takeover matters and ignore my surroundings.

Almost all the sound drowns, as I sketch what I see. Sometimes, I add a little personalized touch to my creations too but most of them are what I see in the middle of the night. As the hour shifts, I can hear a mild swish-swish of my pencil, as I finalize the second head of the orange snake the often threatens to come close to me. It says that it has a desire to hang around my neck like a necklace. I certainly don’t think that’s a good idea.

There a few sporadic screams in the background. Sometimes, when they stop, there a few giggles from a girl that I frequently hallucinate. She looks very much like Melissa, except that her eyes are vacant and her features don’t twist to make any expression. And she is pale like all the color has drained from her veins. If there is any vibe that I get from her is that she’s sad, very sad but then I don’t understand why she giggles; there isn’t even the slightest of a twinkle in her eyes.