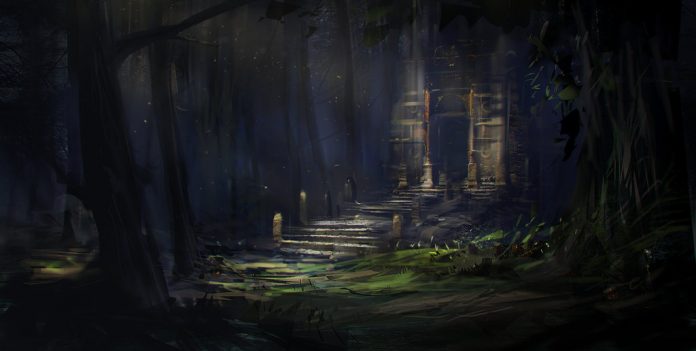 Empires are living, breathing creatures. Sometimes, striving and struggling to survive the odds. Other times, thriving with the energy of a thousand suns, shining and prospering. But the worst sight of it all is when an entire empire comes crumbling down to dust, bones, and ashes. It Is like a giant monster coming to its feet, crushing all the people under its enormous weight.

I roam around, lost in the belly of this powdered empire. Crushed structures stand limp and lifeless, a testament to a time when they stood mighty and proud. Ferns and moths have started to weave green threads of a shroud over these structures. It appears as though a humongous giant suffocated the breath out of this empire.

In my observation, this empire might have been the victim of a curse. When gods disapprove of any act, or they feel that an empire has overlived its time, they crush it by employing natural disasters. There is not much that I can say about this empire’s cause of death. It could be due to the wild dance of the winds a frenzied trembling of the earth or maybe flying creatures ate it up in bits and pieces. Whatever the cause the pain it underwent at the end is pretty evident from the thick cracks in the now fallen pillars.

There is no sign of life as well, just the warm blanket of silence. I have roamed every nook and corner of this place for days and nights now, but I have not found a single beating heart. Even if there is anybody, he must be sleeping a crushed, eternal sleep under the rotting ruins. Other than that, it feels as though a mad flood swept them all away, leaving behind no trace of life.

I make my way to the heart of the fallen empire. A sparkling lagoon of water shimmers under the cascading sunlight in the midst of the fallen pillars. It’s a wonder that the shimmery water stands clean and polished amidst chaos and destruction.

I look down in the crystal clear surface of the waters. My reflection and an eerie silence glare at me. I stare back at my disheveled appearance, hair a mess and stubble overgrown. I am not surprised to see myself tired and pale. After days of wondering among the deadly quiet ruins of an unknown, fallen empire that may have been abandoned; it only feels natural to look a sickly ghost.

In the mirror of the water appears a dark, scrawny man behind me. With rough, salt and pepper hair knowing no direction and a long, frizzy beard, he smiles a toothless smile at me. Everything about him seems untidy, layered in ages of brown dust save a gleaming, golden crown that sits on his head.

Immediately, I turn to look at him slightly hunched behind me. But there is no one standing there. Only the familiar hug of silence surrounds me. A few shrill cries of the crows pierce through the air out of nowhere. I look around, muddled, but there is no one there save me.