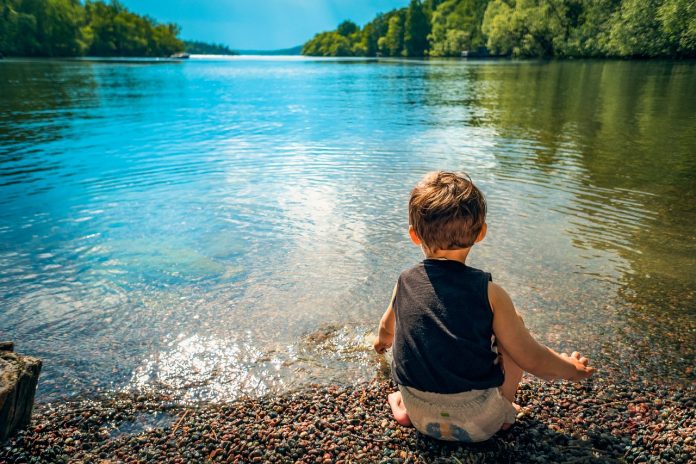 Thick dust rolls between mildly shaped pebbles. The aura takes an early brown color as vehicle after vehicle presses the sand and then kicks the layer to scatter the dust. It attempts to greet the plain blue sky but dies short of traveling any further. The sand collapses before making it to any place substantial.

It only makes it roughly to the height of a young boy standing at the bus stop. There, it attempts to touch Dylan’s freshly washed face, but he shoves away the sand before it makes any contact. Dylan stands in the middle of the hubbub. Men scream at the top of their lungs, trying to navigate the buses and people wanting to board them.

But Dylan doesn’t wait to get on a ride. Rather he awaits a bus from a far-off industrial town, the one where his dear, twin brother works. Ryan was only six when their father took him to the town of factories to contribute to the worker’s force. Although hesitant to give up playing in the nearby woods, Ryan hadn’t much choice to say no. So, his hesitation never took the front row.

Some part of Ryan also screamed that if he even attempted to back down, his twin brother would have to take his stead. This was something he didn’t want. He wanted his brother to study, to fulfill the dreams of their mother and head West, instead of East, toward the towns that offered better living conditions.

Since then, Ryan and Dylan met only once. In the summer when they turned 11. Their father passed away in an accident at the factories. Men who called themselves friends of their father brought back their father’s body to them along with the boy. But just as these men departed after the funeral formalities, Ryan was taken too.

Ryan told himself that there wasn’t much reason to say anyway. If he didn’t provide his services to the industrial sector, the local town management would never pay for the basic necessities for his brother and mother, his only family. And Dylan had to study so Ryan had to keep working.

Between the funeral procession though, the two twin brothers, who loved each other deeply, stole little moments from time. Mostly, Ryan spoke. He told his brother how the town where he worked for was covered in soot and smoke and how it was all but hard work from sunrise to sun down.

Dylan could see it in his brother’s eyes. His eyes did not reflect the innocence that most people said was prevalent in Dylan’s eyes. The gray of Ryan’s eyes seemed to be floating in a sea of worry. The edges of his eyes crinkled like they had seen life through a lens of tremendous torture.

The medium-toned, sandy complexion of the boy wasn’t similar too. Ryan’s skin had taken a sun-burnt shade of darkness with dirt seeming to be permanently settled at the edges. There wasn’t much more that Dylan could notice. If he had, his childhood memories betrayed him with the sketchy details.

The last striking change that immediately came to Dylan’s notice was Ryan’s callous fingers. Dylan felt the roughness of his brother’s palms and fingers, as the brother’s held hands when their father’s body was buried.

It has been long since the brothers met. There will only be a few days trip that Ryan will be making but both there was a lot of catching up to do.