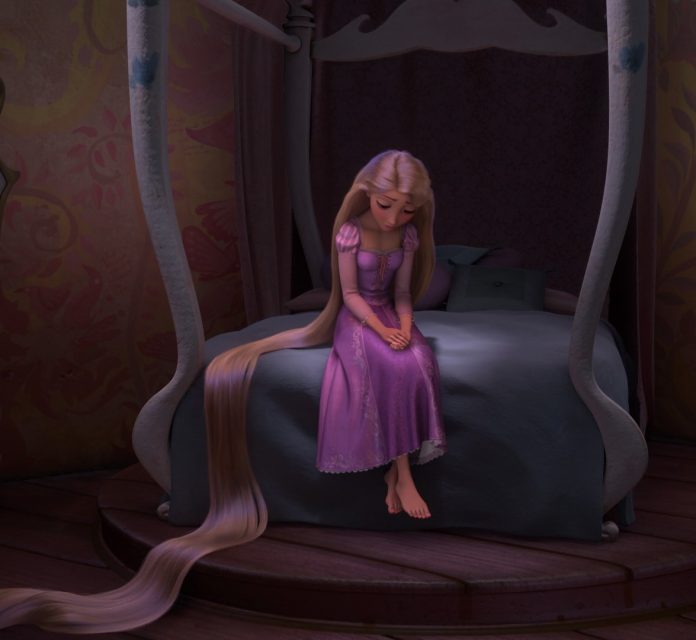 A lonely moon decorates the wide canvas of the sky. No stars accompany the pale figure that stands, brave and bold amidst the chaos of dark colors in the sheet of the sky. And so begins my story, a story of a life akin to the lonesome moon. But the moon isn’t as lonely as I am from the depths of my soul. For on many nights, stars make friendly conversations with the moon, winking at every shared joke, shimmering a shade of glitter.

The tale of the moon with its friendly companions is far more fascinating than my life, a life of a princess snuffed to silence. In truth, I live a life of a prisoner; held captive in a tall tower that makes me nearer to the sky than to the grass. Hence, my days bleed into the night and my nights shift to days as silently as the orange tang of the afternoon blends into the purple-blue of the night.

More often than not, I watch the sky, humming all by myself, saving myself from the screams of the overwhelming silence of the trapping tower. Nights are cool and are rather peaceful. With the crickets singing to the tune of my hums and the owl searching for my voice, hooting, who? who? I watch the sky, specifically when it is not a blank canvas as my life is.

Often besides the moon, a couple of stars twinkle through the night. But they don’t shimmer as much as their neighboring stars. If they ever do shine, they only glitter and go further away, disappearing in their pain and appearing again in bits through the late hours of the night, as if trying to shine through misery, standing strong.

I’m particularly fond of this pair of stars. They remind me of my parents from whom I was torn separate as a child. I don’t have a clear picture of them in my mind, just a fatherly figure standing from the shadows with a mighty crown sitting atop his head and a mother, slender and tall, embellished with glittering jewels, and rich silks. I never got the life of a princess, loved and cared by her parents, raised in expensive silks and an enormous palace with water fountains and multiple trimmed gardens adorned with jewels of lovely chrysanthemums and little chirping sparrows

The longing for my parents only grows into a hotter flame with each passing part of the small second. In this tall tower that stands high and proud, holding a royal captive, I miss them more. I hear echoes of my mother’s honey-dipped voice, calling my name, “Rapunzel” over and over in my sleep.

I feel like the lost moon in the sky that has been conquered fully by the cruel, brightly shining sun. Strangely, my mother’s voice shares similar notes with the unnaturally sweetened voice of my stepmother who calls herself my caretaker. She is the one who never allows me to breath the sky outside the four walls of my captive tower or feel the green grass crush under my bare feet.