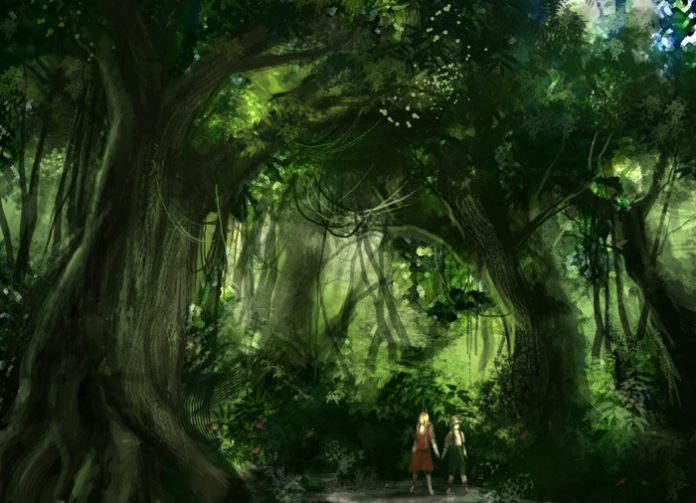 The dearth of food and the drought of water made their small bellies echo with beats of starvation. Pangs of hunger resounded every second of the long hours. And their throats remained parched like a thinly-lined-with-sand path covered in rough, salty pebbles. The searing intensity of poverty fed straight on the lean muscles of the siblings. Leaving both the small children with a fragile framework.

Good times fly fast, like an invisible demon chasing its tail. And in the aftermath of it, is a harsh time decorated deep in layers of agony, anguish, neglect, and burden. Nobody knew this better than Hansel and Gretel. Good times meant unconditional love for them, despite hard times poking their heads in between. It meant finding a way out of the jumble of problems. Maybe, they wondered, it was the inability of their small minds that failed to absorb the reality. Or maybe it was just their mother who had calmed their weary souls. She had always carved out ways of filling the gaping holes of hunger in their stomachs.

Their mother was definitely the answer. Her love had filled all the unbearable, unspoken injuries. But good times don’t last long. Poverty had sucked her dry too. In a way, that the children couldn’t see it coming. It had taken her life under the guise of death, adorning the dark fabric that suffocated their frail yet strong mother until her eyes had went vacant and her limp body belonged to the mud.

In the beginning, Hansel and Gretel’s new mother was good. She behaved as though good times would continue filling the holes being dug by poverty. But when the number of woods that their father cut and brought back home dwindled further, her behavior also changed.

Their stepmother wore a mask of betrayal that the siblings couldn’t see through. Unfamiliar with treachery and hugged in pure love always, betrayal seemed like a new emotion to them. Eventually, betrayal weaved an ugly scar that left a permanent mark on their hearts.

One fine Sunday morning, the kids accompanied their father to the tall woods. They twisted and turned several corners in the trees until it was no longer simple to make their way outside the labyrinth of tall, brown trunks. Never once did worry raise its head as the siblings were led by their father.

Even when their father vanished amidst the tall bodies of the tree trunks, saying he would fetch some wood, asking the little ones to rest, the pair wasn’t twitchy. They held onto each other tightly, undaunted.

Alas, afternoon started to fall, and the sun began journeying to a place wherever it napped, but Hansel and Gretel were still not worried. Their beloved father had not returned, but they still did not panic. The little brother’s heart drummed a little faster than it did usually though, as questions of having lost started to hang in his mind. Gretel remained calm.

Before the dark colored the sky black and the trees turned into scary monsters, they hurried back home. Hansel and Gretel twisted and turned back through the same corners they had come from. This time, though, they were led by the breadcrumbs that Gretel dropped from their home to the spot where their father left them, promising to return.

Back home, the children slept content, not knowing they were not welcomed.