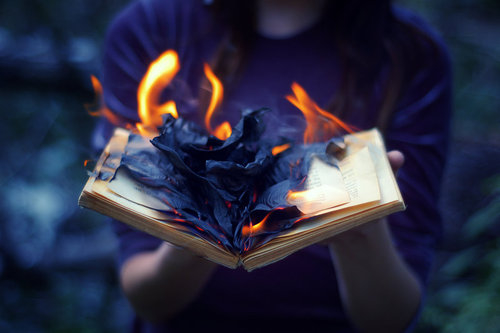 When we were children, our mothers used to spin tales of bravery and revolution to us to take our minds off the hollow pangs of hunger beating drums in our stomachs. As children, the stories had a true ring to them, a fascinating brush of color across our imagination to distract us of the dire circumstances in which we were growing.

Our mothers used to swear by the Gods of the sun and the four moons that it was their duty to preserve the stories of our ancestors and pass them down the ladder of generations.

The women of our Tribe Lujan are the storytellers, the kitabeen. At birth, the mothers of their daughters pledge them by the holy fire to preserve the tales of bravery and courage. They witness stories in there forming and lock them in the labyrinth of their minds for all the lives to come.

Lately, as a grown woman, I’m witnessing a story unfold like a flower blooming, by and by, into its full form. Our mothers used to tell us that our tribe once stood in all its glory unlike now, limping around like a hurt creature in the dark woods, a creature that has lost its way. Tribe Lujan once exercised power of all sorts. Now we have ended up as slaves of the tribe Ghahuf due to the shrewd treachery of some traitors, hypocrites with the same blood running in their hearts as of ours.

Many moons have fallen since the sad demise of our once powerful tribe. I never saw it so I never believed in this reversal of power. I had come to believe that the story spinners wove figments of their imagination rather than stitch together threads of reality. But now I see that my belief had holes in it as my eyes have started seeing questions arising against the current power gamblers. These very questions have started to pulsate into rebellion. The rebellion is still a tiny kitten, weak and undernourished but its very presence lends credit to old legends and feeds the hope budding in the pits of our bellies.

Whispers of secret tunnels in the mud silently penetrate my ears. I have heard that the missing slaves haven’t tasted sand yet. Rather, they have taken refuge on the other side of the blue river. The river that has seen much despair and bloodshed, misery and cruelty like me.

They say power is a deadly drug, an unhealthy addiction. And people are not willing to let it go for the rush of power in the veins is beyond ecstatic. But there is a possibility, a powerful tool. A tool to counter the deadly effects of too much power. Hope gives birth to possibilities and possibilities can crush empires. For like my mother used to chant, the wheel of power drives round and round in circles, it never stays in one set of hands for long.

Hence, there is a possibility. A possibility of shift of power, reversal of positions, an end to misery and a beginning of glory.