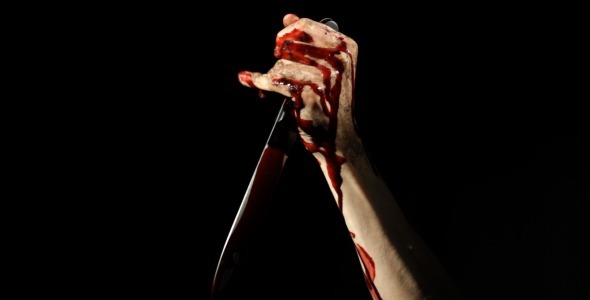 Taking Ahmed on a supply run was a mistake. Kumail warned me about him but I never listened. Because of him, I almost lost my life.

Our routine run to the mini market was going smoothly. On our weekly runs, one person keeps a look out while the other scavenges for supplies. Ahmed stood outside while I looked around and got packs of chips, biscuits and cans of food. As I was about to come out, Ahmed ran towards the boundary wall. I saw 2 of the infected running towards Ahmed who changed their direction as soon as they saw me. We have rules for our supply runs to avoid any mishaps. If you get spotted by THEM, you NEVER run towards the boundary wall. Instead of leading them to where all the survivors are, you try to lead them away. The best option for Ahmed was to run inside the mart and close the steel doors which would have held THEM off till we figured out a plan.

The infected bend down and walk on all fours. This is why we have started calling them crawlers. Anyway, the sole purpose of the lookout is to warn the person looking for supplies about a crawler sighting. The lookout is also armed so that they can defend the person carrying supplies. Ahmed running away left me vulnerable. I went back inside with barely enough time to slide the door shut. Just as the door was about close, one of the crawlers jumped and tackled it making me fall on my back. I reached for my knife as I trembled. Those blood red eyes locked on mine. The other crawler also joined in on tackling the door repeatedly.

The door is made of steel which is why it just doesn’t budge easily, giving me enough time to compose myself. At this point, death was certain as I couldn’t handle two of them at the same time. Why didn’t I listen to Kumail? was the only thought I had at that point. Ahmed was new to the group and should have been trained thoroughly before I took him. It was my mistake.

The mini market has a lot of open space in the middle with shops on both sides. Hiding in a shop would mean certain death as there is no back door. I kept stepping back looking left and right for any place I could have used to my advantage but I didn’t have enough time as the door slide open.

The crawlers entered, howling like wolves. Is this the end? I thought to myself as I readied my knife to stab them, fumbling as I did. I saw a fridge right next to me which I quickly tipped over and to my luck, one of the crawlers broke its neck as it went face first into the handle. The other one, however, leaped over the fallen fridge and landed on top of me, trying to bite my face off. I struggled to keep its face away. Exerting enough strength from one hand to push its face back, I jabbed the knife on the right side of its head killing the crawler instantly. I pushed the body to the side and quickly got up on my feet but to my horror, I couldn’t see the other crawler.

I could hear gurgling sounds coming from the other side of the toppled fridge. Moving slowly and carefully, trying not to make any loud sounds I saw the other crawler on the floor with its neck bent backwards in an unnatural position with blood oozing out of its mouth. I put it out of its misery by stabbing it in the head as well. Standing there with blood dripping down from my hands, I felt powerful. What a rush.

I took the supplies and started walking towards the door when I saw kumail enter the market with Humza and Bilal. They are shocked by the gore and stared at me with eyes wide open. They took the supplies from my hand and helped me back into the boundary wall. I told them what happened on the way home. I was lucky this time. Will I be again?