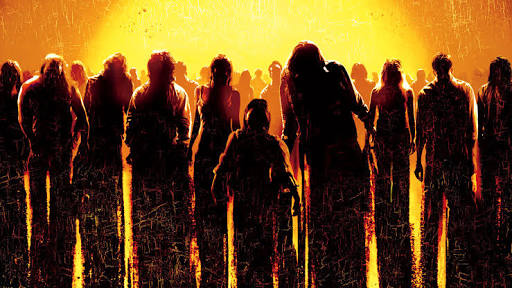 Journal entry 1 – I don’t know where to start from so I’ll just start from the beginning – From what I know or what they communicated to us. It has been a little over 6 months since the outbreak. We might have had a chance if we knew about it from the get go but by the time reports started coming in, it was already too late. They were coming in hordes. All we know is that it started with a case of rabies.

We lost power pretty soon but I think that was the government trying to cut us off. For them, the city was lost. They purposely cut us off from the world so that no one would know what was happening here. As soon as the message started playing in a loop on the radio, everything went down. The internet, cell phone signals and even the cable on our TVs. I was living alone in my apartment because my parents had gone to visit my brother in America. The last I talked to them had me telling them about the list of things I wanted them to get me but now I only wish to see them again and tell them how much I love them.

My Fiancé lives 20km away from me. I’m still trying to reach out to her but the damn horde of the infected has taken over Shara-e-Faisal so I haven’t been able to go to her. How do I know she’s okay? Well, because I know HER.

The infected are vicious. They aren’t the fastest but they’re usually not alone which makes it difficult to evade them. If they bite or scratch someone, it takes around a couple of hours for them to turn as well. The ones who are “freshly” turned are the most dangerous. They are fast, strong and will chase you for miles.

I’m writing this journal so that if I don’t make it, people everywhere get to know what happened. We’re low on food so me and Ahmed are going on a supply run to the mini-market near my house. It’s a good thing Seaview Apartments have a boundary around them… It has kept us safe all this time. I’ll make another entry once we get back… if we get back.